Since 1996, Angels Walk LA has been dedicated to enhancing pedestrian environments throughout Los Angeles by developing self-guided historical walking trails. Our walks exist to bring light to the rich and diverse history of our city by encouraging exploration and discovery of the significant people, architecture, events, and cultural movements that have shaped our great neighborhoods.

Angels Walk LA by the Numbers

Understanding L.A. history helps to ensure awareness of the cultural contributions each neighborhood makes to our great city.

Our goal is to celebrate our diverse neighborhoods by shining a light on their cultural and historical contributions to Los Angeles. 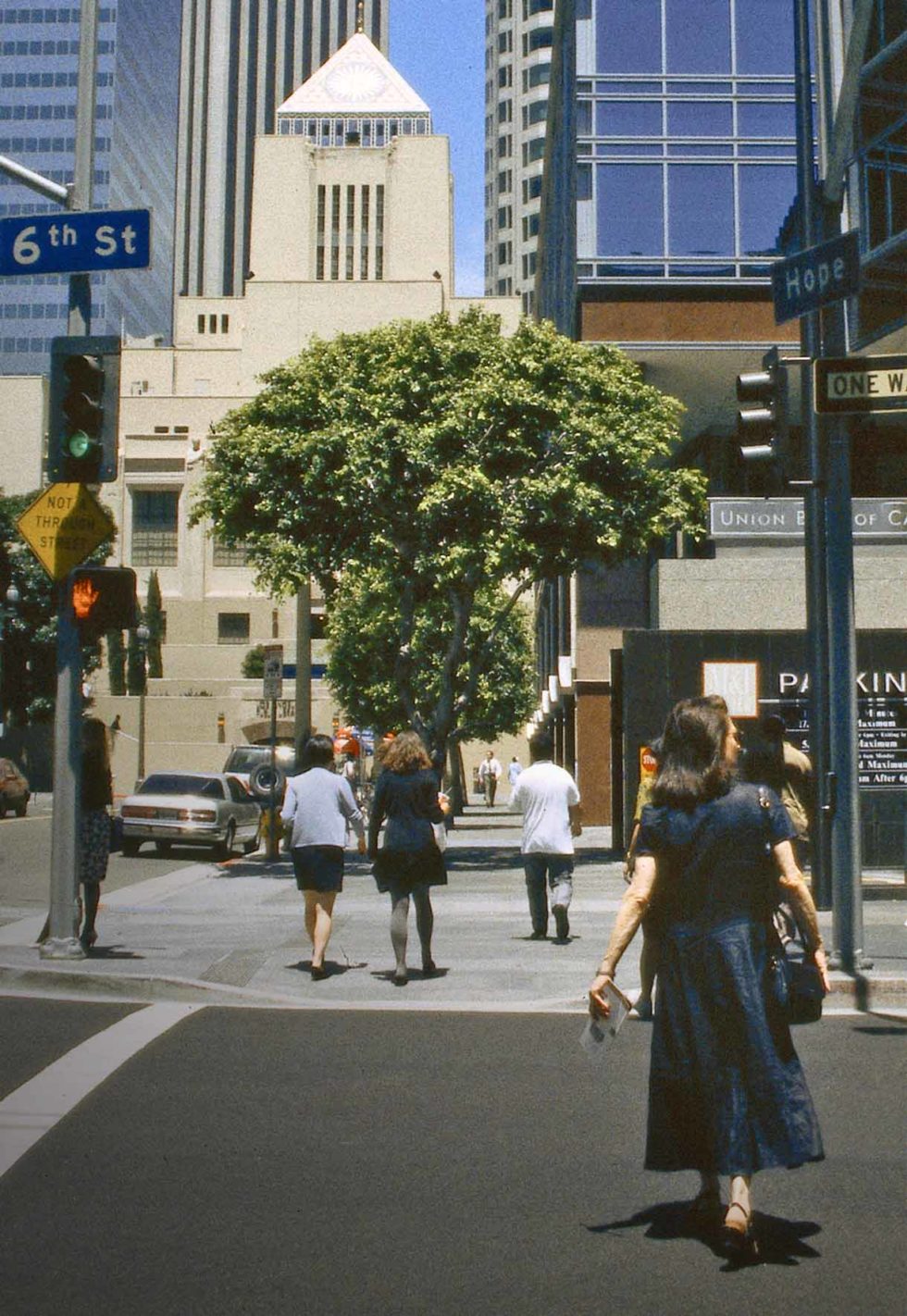 Deanna Molloy — founder and board chair of Angels Walk LA.

In 1996, in order to help create a vital, bustling downtown environment in Los Angeles, Deanna Molloy founded Angels Walk LA with the hope of bringing attention to Los Angeles’ history, architecture, and public art, all while encouraging walking and the use of public transit.

To that end, Angels Walk LA set about to develop its first historic urban walking trail in the Bunker Hill/Historic Core district. Support was gained from both the public and private sector including the Los Angeles County Metropolitan Transportation Authority (now Metro), various City Council offices, the Mayor’s Office, the Community Redevelopment Agency, private developers, the Bureau of Street Services, the City Architect, the Board of Public Works, the Los Angeles Department of Transportation, and the Los Angeles Department of Cultural Affairs. To determine the route of the walk, Angels Walk LA met with MTA representatives, City Council members, and stakeholders in the area to get their input. We then put ourselves in the footsteps of the pedestrian to see how the walk could be both entertaining and educational, while using public transit to link together all of the important destinations along the way. With the help of a talented and dedicated group of people, our first detailed guidebook, telling the story of the area’s history, culture, and architecture, was published. Additionally, we created a series of on-sidewalk markers that now grace streets all over Los Angeles.

OUR WALKS ›
Scroll to Top